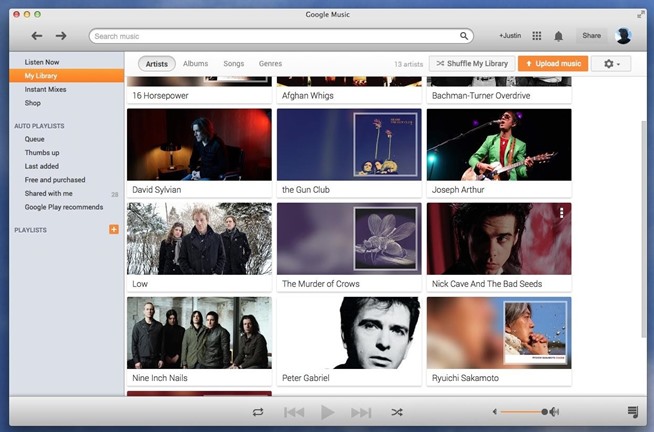 Going hand in hand with the new mixer is improved overall sound quality. Previously, the Then there's the new effects devices. Its gates can also be triggered manually, opening up possibilities for glitchy vocal treatments and selective delays.

Meanwhile, Reason's former strengths remain undiminished. Similarly, the sequencer is disarmingly simple and immediate in use; in fact, the whole application is very fast and responsive at all times. There's great variety amongst the effects devices too. RV is an excellent reverb by any standards, and Neptune goes well beyond simple pitch correction and deep into 'creative' territory. Paradoxically, some of Reason's greatest strengths are also its most infuriating weaknesses. Various organisational features help, such as the multiple rack columns, improved device naming behaviour, device groups and the Combinator, but other DAWs allow the same level of mix complexity without the accompanying visual onslaught.

Then there's the self-sufficient nature of the application. For all the advantages this offers, Reason 6 still feels under-provisioned in some areas.


Some effects types are missing: Nor are there any really out-there glitch treatments, or granular synthesizers. As for really specific and sophisticated treatments, such as drum replacement, noise reduction and restoration tools, forget it. Reason is just not that kind of DAW. NN-XT is undoubtedly an effective sample player, with very good third-party library support, but it's no Kontakt 5 or Mach Five 3. It doesn't have the same level of architectural complexity, or the scripting engines.

Looking critically at the sequencer, it's currently not possible to quantise anything except notes. Some simple movie support is surely overdue too. While I'm grumbling, I'll also mention that the use of clips to organise note data for instrument tracks often feels really clumsy. All too easily, note clips end up not meaningfully representing the data they contain: They can be trimmed, of course, but that feels unnecessarily labour-intensive.

It can open multiple songs simultaneously, but there's not the sophistication of audio file handling that would ever lend it to being used for classical-style or voice-over editing, mixing for picture, or mastering. The simplicity and immediacy with which most writing and mixing jobs can be achieved is refreshing, and yet dedicated Reason 'programmers' can be kept busy for years too, creating complex multi-device instruments and effects that can sound spectacular. It has to be said, too, that in value-for-money terms, Reason 6 is absolutely astonishing.

This distinctiveness isn't going to be for everyone, of course. But then, individuality is good thing, so long as it appeals to you. It's fun, sounds contemporary and lets you work fast. For new users, now's the perfect time to get on board. The range of devices on offer in Reason 6 is wider than ever, encompassing instruments, effects, and various sorts of 'problem solvers'.

A fairly basic but useful virtual analogue synth with two oscillators, two filters and mono audio output. A two-oscillator wavetable synth with harmonic skewing and some interesting audio routing and modulation options. Reason's flagship synth, with three six-mode oscillators including FM and phase distortion as well as virtual analogue and an extensive modulation matrix. But criminals had better look out, because Reason 6 is much better protected. When installed from DVD or download it'll run in demo mode without restriction, and save songs too.

Crucially, though, it won't open them. One is included in boxed retail and upgrade versions of Reason 6, though Record and Reason 5 users may have one already. Thereafter, launching Reason with the dongle attached lets you enjoy the application without restriction. You'll need an Internet connection, of course, and your Propellerhead account user name and password, but then you'll be in. Copy protection is never popular, but this is probably as painless and flexible an implementation as any other. If you just want to stick a toe in the Reason waters and the full price is too steep for you, you could consider Reason Essentials.

It offers the same user interface as its bigger brother but loses out on some key features. The mixer has simpler EQ, fewer sends and no channel dynamics.

In the rack, you'll have to make do without some of the best devices, including Thor, Kong, The Echo, Alligator, Pulveriser and Neptune. Essentials' sound library is smaller. It should still be a useful thing, though. Care For The Environment Reason 6's working environment is based around three main elements: Browsing In The Library Installed along with the Reason 6 application are two bundled patch and sound libraries: Getting Started Getting up to speed in Reason 6 is not hard. A Critique Of Pure Reason Paradoxically, some of Reason's greatest strengths are also its most infuriating weaknesses.

Up to eight can be loaded at once, and their playback dovetailed on the fly. RedrumA drum-sample module with on-board step time sequencer, in the manner of '80s Roland drum machines. NN19 A basic sample player. Full effects RVA computational reverb, with multiple algorithms and good delay capabilities. With filters, modulation and tape manipulation features, it can do both simple and psychedelic. Neptune Pitch AdjusterReason's answer to Auto-Tune, but with some powerful features such as voice synthesis and transposition. It can sound more subtle than the name implies, and excels for parallel drum compression.

Scream 4 DistortionTen distortion types, from overdrive to bit reduction, and optional cabinet modelling. Others MClass masteringA suite of processors — EQ, stereo imager, compressor and maximiser — primarily meant to make full mixes polished and hot. CombinatorThe Combinator is one of Reason 6's most powerful tools. Mix ChannelA utility device that acts as an audio 'bridge' from the rack to the mixer.

Rebirth Input MachineThis provides 'legacy' compatibility for those few souls who still like to run Rebirth alongside Reason. So will automatically detect the beginning of the sample. You can try, when the mind is even if you do not like it — there is no reason to stop the music. Using a microphone, a turntable, an instrument or a mixture of all reason.

Kong Drum Designer is not your regular drum module. This drum module focused on letting you get exactly what you drum sounds. Kong 16 locations and 16 drums. Build your drum sounds based on any of the nine different drum modules. Season the sound with 11 support generators and effects. Program automation, create alternating groups and let Reason powerful sequencer control the beat. Reason 5 ships with a sound bank with a generous supply of kits for Kong in the wide variety of styles.